No items found.
Product is not available in this quantity.

While we had to make the difficult decision to reschedule the
2021 San Diego Jazz Party, we are now happy to report
we have confirmed the 2022 party dates February 25-27, 2022.
‍
We look forward to continuing the tradition of the
San Diego Jazz party in 2022 and beyond.

Again in 2021, the San Diego Jazz Party continues the tradition of presenting classic, mainstream Jazz on February 19-21 of 2021. We feature outstanding musicians in a relaxed, intimate setting at the Hilton SanDiego/Del Mar. Get your tickets now! 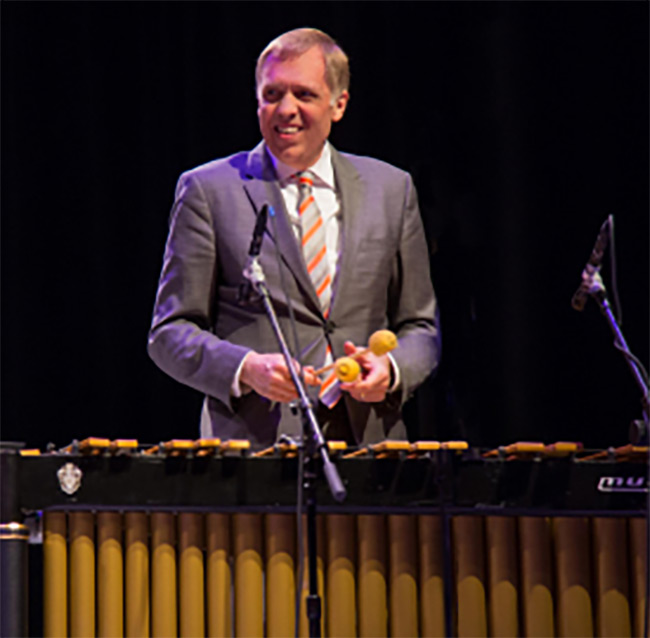 Chuck Redd, noted for his tasteful playing on both drums and vibes, was born in 1958 in Takoma Park, MD, where he lives today. He joined the Charlie Byrd Trio in 1980 at the age of 21. He has played on tour many times in Europe and Japan. From 1991 to 1996, he played vibes with the Mel Torme All-Star Jazz Quintet. He has toured and performed with Dizzy Gillespie, Tommy Flanagan, Marian McPartland, Scott Hamilton, Bucky Pizzarelli and many other jazz greats. 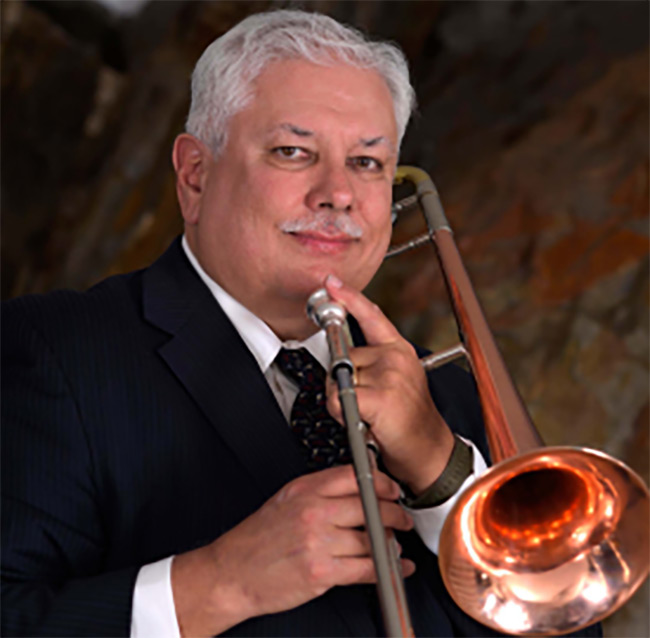 Born in Pasadena in 1955, Dan switched from piano to trombone in the fifth grade. He performs at festivals worldwide and is on many recordings. He has led his own bands and has arranged and composed for others. He was featured in Benny Goodman's last band, and has played in many movies, including Cotton Club and Brighton Beach Memoirs. He lives in Costa Mesa, CA. 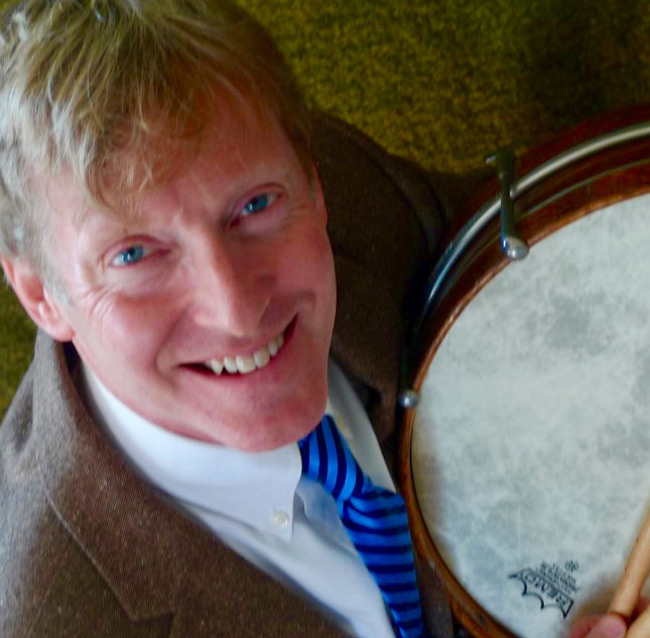 It was 1964 in upstate New York when Danny Coots began playing drums at the tender age of 6 years old. Since then, he has studied with Nick Baffaro, Rich Holly, Alan Koffman and Jim Petercsak in percussion. Danny attended The Crane School of Music and St. Lawrence University. He eventually served as adjunct faculty at St. Lawrence University, Clarkson University and Potsdam State University from the 1970s into the 1990s.He continued traveling and performing with David Amram, Ray Shiner, Daniel Pinkham, Herb Ellis, Will Alger, Jack Mayhue, Speigle Wilcox, Mimi Hines, Phil Ford, Bob Darch, Pearl Kaufman and Arthur Duncan. In 1996 Danny moved to Nashville, Tennessee and has lived there ever since. Danny has recorded extensively in Nashville, New York and L.A. and has appeared in over 100 countries. He has played on over 100 recordings, one of which won a Grammy in 2005. 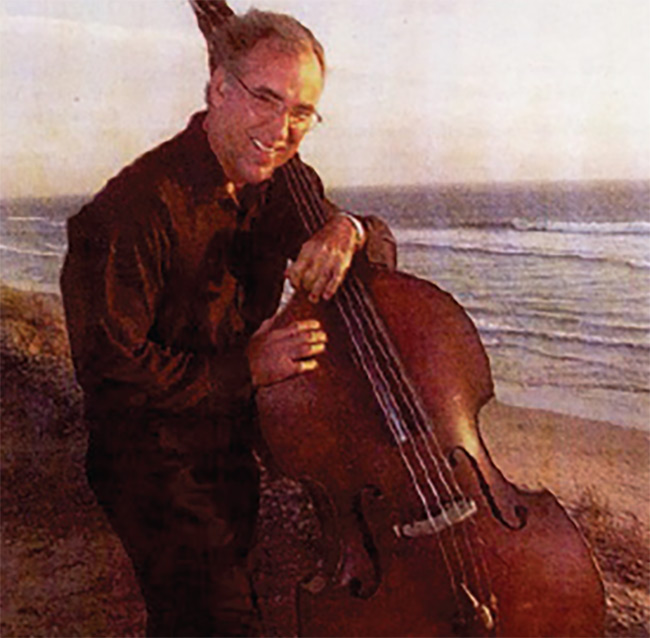 Dave was born into a musical family in Glendale, CA, in 1955. His father and uncle were bass players, the latter with the Los Angeles Philharmonic. By his 20s, Dave was touring with the bands of Ray Anthony, Woody Herman, Stan Kenton, Harry James and later, Nancy Wilson. Much in demand on the West Coast, he has recorded with singers Frank Sinatra, Barbara Streisand, Paul McCartney and Natalie Cole. He has performed on many movie soundtracks, including "Up" and "Mission Impossible III." He lives in Huntington Beach, CA. 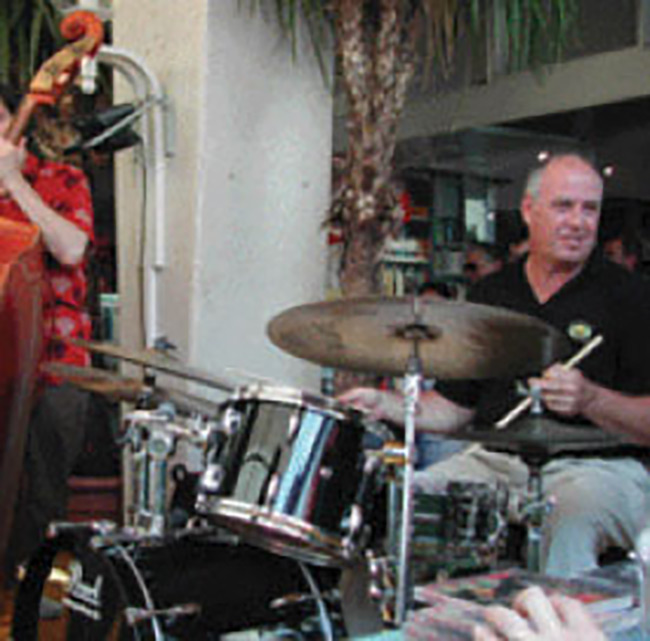 Eddie, who was born in Allentown, PA, and grew up in Ann Arbor, MI, was three when the drummer in his father's Dixieland band gave him his first drumsticks. He played his first professional gig at the age of 12. Since then, he has played with the Woody Herman Orchestra, Chick Corea, Clark Terry, the Tommy Dorsey Orchestra, Scott Hamilton, Ken Peplowski, Ralph Sutton and many others. He has recorded on many labels, including Arbors, Fantasy and Nagel-Heyer. He has lived in the Orlando area for the past 20 years, 14 of which he was a fulltime staff musician at Disney World. He travels the world playing at concerts, festivals and tours. 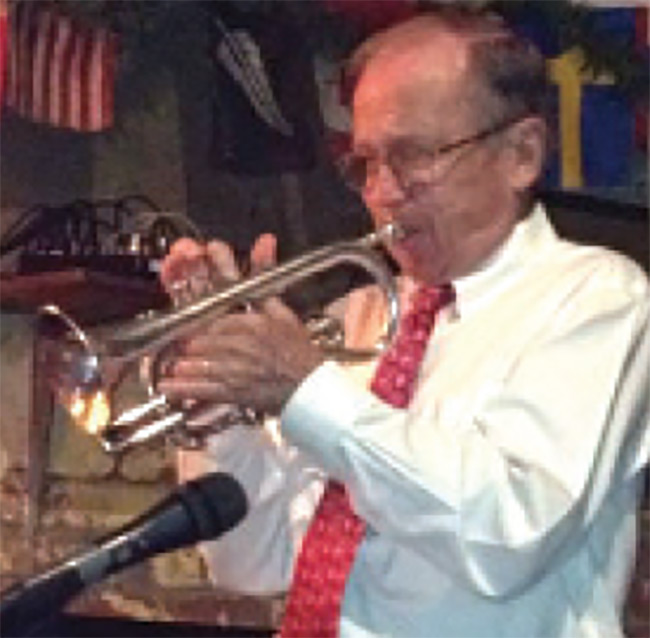 Ed toured with Benny Goodman's sextet in 1973. From 1975 to 1985, he was manager, co-owner and bandleader at Eddie Condon's Club in New York. He has appeared in hundreds of concerts, festivals, and jazz parties here and abroad and has led his band in performances with symphony orchestras. His most recent CD is "Lionel, Red and Bunny-A Centennial Celebration of Lionel Hampton, Red Norvo and Bunny Berigan." Born in 1937, he lives in Brooklyn, NY.  Polcer was recognized in 2009 as a SDJP Legend. 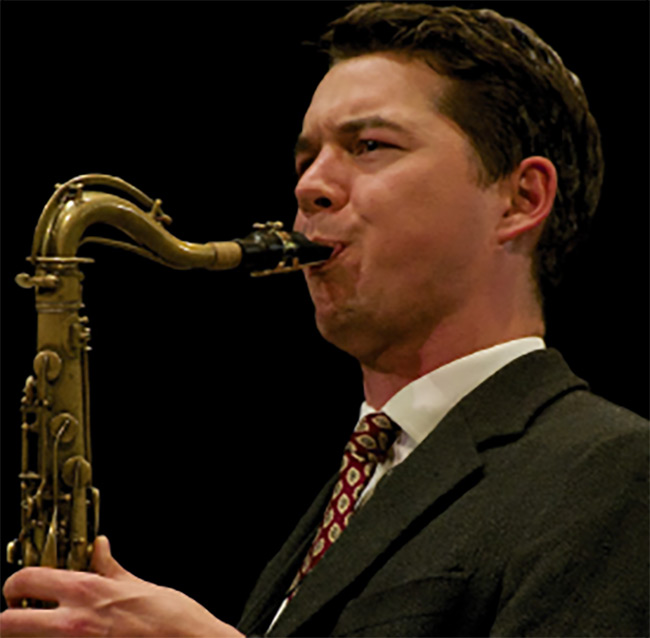 Evan Arntzen is a saxophonist, clarinetist and vocalist from Vancouver, British Colombia. From the age of seven, Evan studied New Orleans jazz under the instruction of his grandfather, Lloyd Arntzen. After earning his B.A. in Saxophone Performance, Evan performed extensively with many of Canada's most prominent musicians. Since moving to New York City in 2014, Evan has taken part in the city's vibrant traditional jazz scene, performing with such groups as Vince Giodano's Nighthawks, Terry Waldo's Gotham City Band and Jon-Erik Kellso's Earregulars. Evan has received several awards for his music and has played in jazz festivals all over the world. 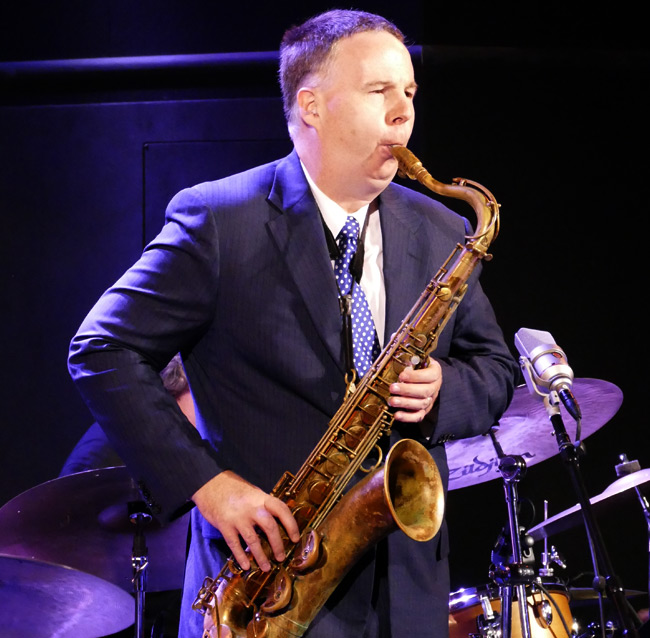 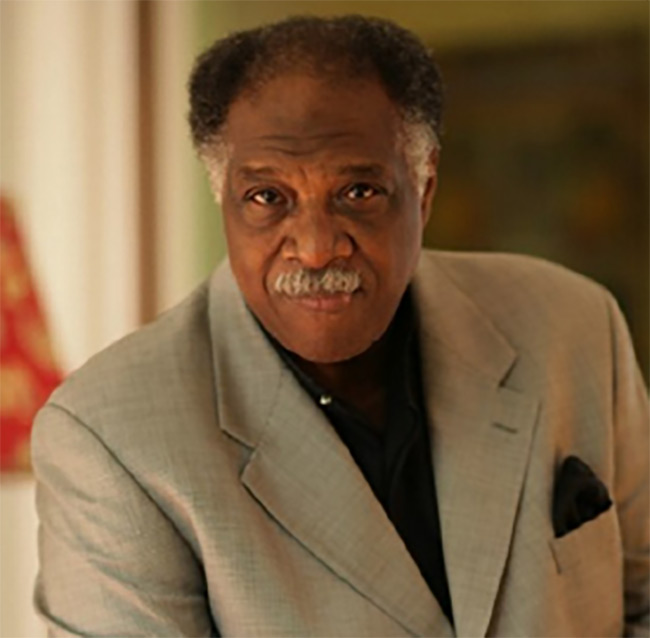 Houston has recorded over 75 albums under his own name, and has also appeared on recordings with Etta Jones, Lena Horne, Lou Rawls, Dakota Staton and Horace Silver. He is a recipient of the Eubie Blake Jazz Award. Two recent recordings on the HighNote label are "Dialogues" with bassist Ron Carter and "Sentimental Journey." He has played at Lincoln Center and at many festivals here and in Europe. Born in 1934, Houston grew up in Florence, SC., and lives in Nyack, NY. Houston was recognized in 2012 as a SDJP Legend. 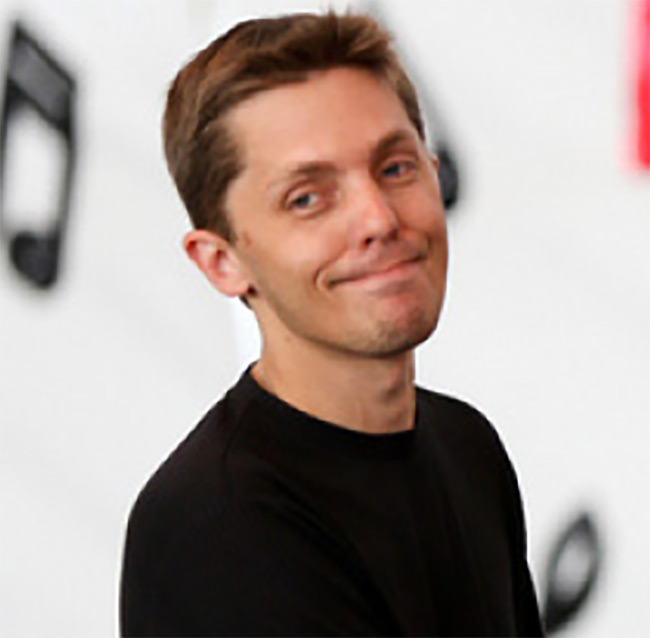 Jason was born in 1978 in Sacramento, and began playing and taking piano lessons at age 6. Later, he played classical music and ragtime, adding jazz in his teens. Johnny Varro took him under his wing at a music camp. Since then he has played with trade bands at the Sun Valley Swing and Dixie Jamboree, at Mammoth Lakes with the Sister Swing band, and at numerous festivals. He now makes his home in San Diego. 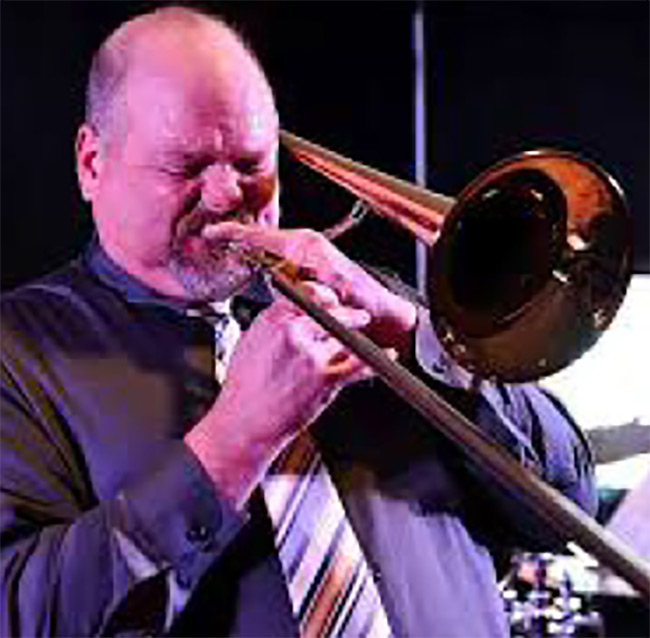 John Allred hails from a musical family. His grandfather played jazz piano and banjo on Mississippi River boats; his father is well-known trombonist, Bill Allred. John plays traditional jazz, swing and bebop. He has played in the Carnegie Hall Jazz Band, the Woody Herman band, Toshiko Akioshi's Big Band, Vince Giordano's Nighthawks and Harry Connick Jr.'s band. He plays in festivals here and abroad. He has new CD releases with Harry Allen and Warren Vach and has recorded with Wycliffe Gordon. He lives in the New York City area. 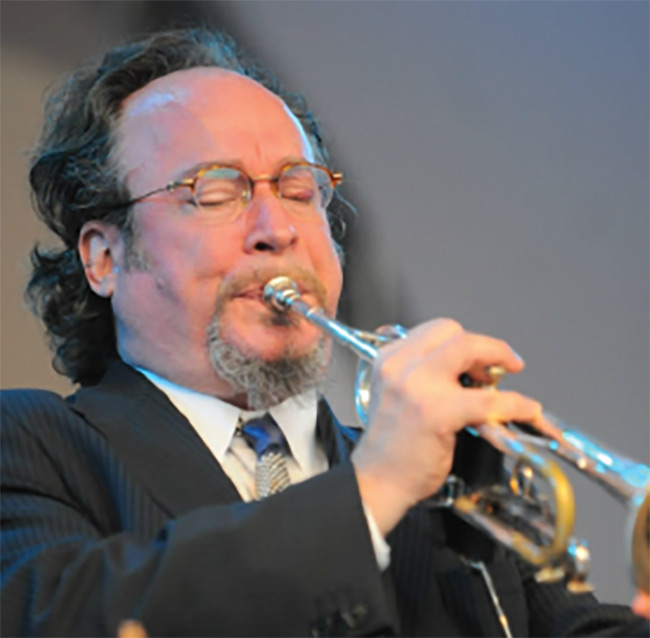 Born in Detroit in 1964, Jon began early, playing in a big band at age 11, in the International Youth Symphony at age 13, and in concert alongside Wild Bill Davidson at 17. He also played with the J.C. Heard Orchestra. After moving to New York in 1989 to join Vince Giordano's Nighthawks, he has played with Ralph Sutton, Dan Barrett, Howard Alden, Milt Hinton, Dick Hyman and many others. He plays in festivals and concerts and with bands around the globe, and he is on the soundtracks of several movies. He lives in New York. 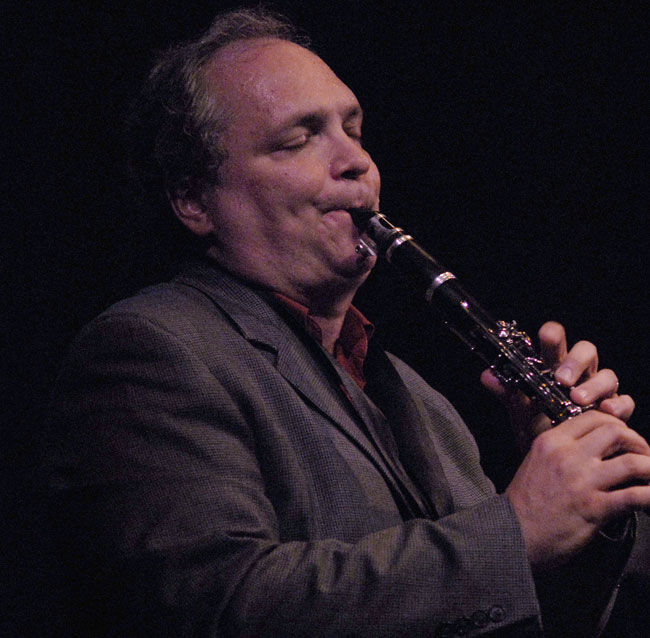 "When you grow up in Cleveland, Ohio, playing in a Polish polka band, you learn to think fast on your feet", says Ken Peplowski, who played his first pro engagement when he was still in elementary school. From my first time performing in public, I knew I wanted to play music for a living. By the time Ken was in his early teens, he was experimenting with jazz by playing in the school stage bands, and also by jamming with many of the local jazz musicians. By the time I hit high school, I was teaching at the local music store, playing in our family band, and playing jazz gigs around town while still getting up early every day for school. In 1980, Ken moved to New York City,and was soon playing in all kinds of settings, from Dixieland to avant-garde jazz. Everything's a learning experience in jazz music there's always an element of the unpredictable. In 1984, Benny Goodman came out of retirement and put together a new band, hiring Ken on tenor saxophone.Peplowski  signed with Concord Records, under the tutelage of Carl Jefferson, the founder and president, and recorded close to 20 albums as a leader, including "The Natural Touch" in 1992 which won Best Jazz Record of the Year by the Prises Deutschen Schallplatten Kritiken, and "The Other Portrait", recorded in Sophia Bulgaria with the symphony orchestra and highlighting Ken's classical side. He also recorded two records on the Nagel Heyer label, "Lost In The Stars" and "Easy To Remember", the latter of which features Bobby Short on his last recording. "I loved Bobby Short's approach to the American songbook, and we'd talked about doing a record together for a while". I'm glad we got this one in the can. Peplowski also does many workshops for students of all ages- "My goal is to get the students to learn how to teach themselves, and to learn how to bring out their own best qualities; after all, jazz is about individuality-first you learn the rules, then you break them. I would like to think of myself as a lifelong student!" Ken Peplowski is a Buffet-Crampon artist, and plays the R-13 clarinet,with a Portnoy mouthpiece and Van Doren German-cut reeds. He also plays a Yamaha tenor sax and a Berg Larsen mouthpiece. 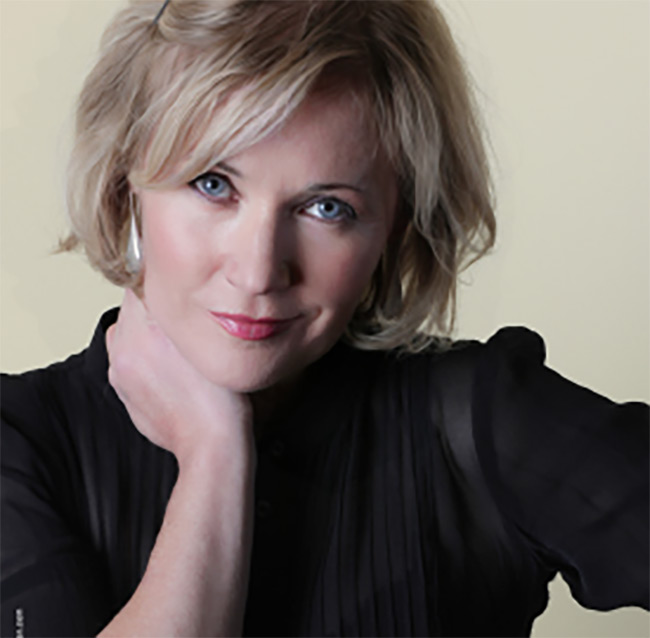 Born in Australia in 1970, Nicki began her musical training on piano at the age of four and soon took up the flute as well. She switched to double bass at 15 because her sister, alto sax player Lisa, wanted a bass in her group. She moved to New York in 1994, and has since performed at the Newport, Lionel Hampton and Berlin jazz festivals, among many others. She plays at the Iridium Jazz Club in NYC and many other venues in the New York area and overseas. 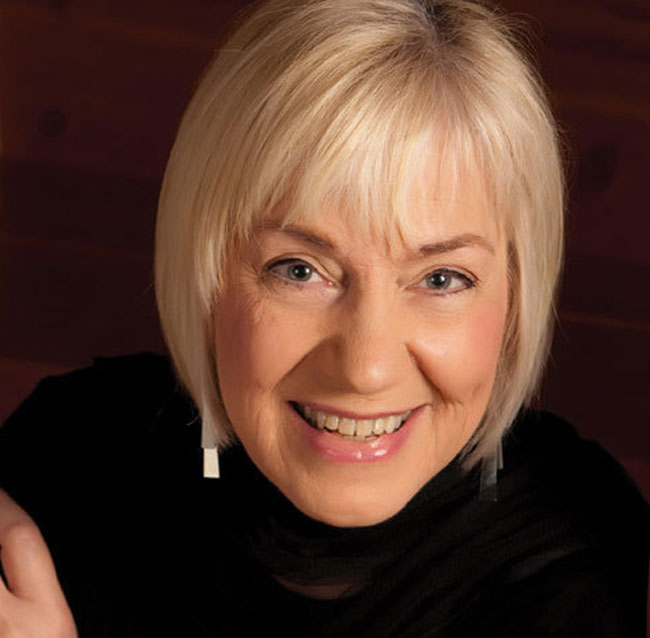 Rebecca Kilgore is one of America's leading song stylists intent on preserving the vocal jazz of the 30s and 40s. Rebecca has performed with a number of small and large bands over the years and brings warmth and vibrancy to the music wherever she goes. In 2002, Rebecca joined musical forces with Eddie Erickson and Dan Barrett, to form her new band, BED (an acronym for members Becky, Eddie and Dan). Their audience-friendly humor, combined with jazzy, jivey swing, makes BED a favorite with listeners of all ages.  Rebecca was recognized in 2016 as a SDJP Legend. 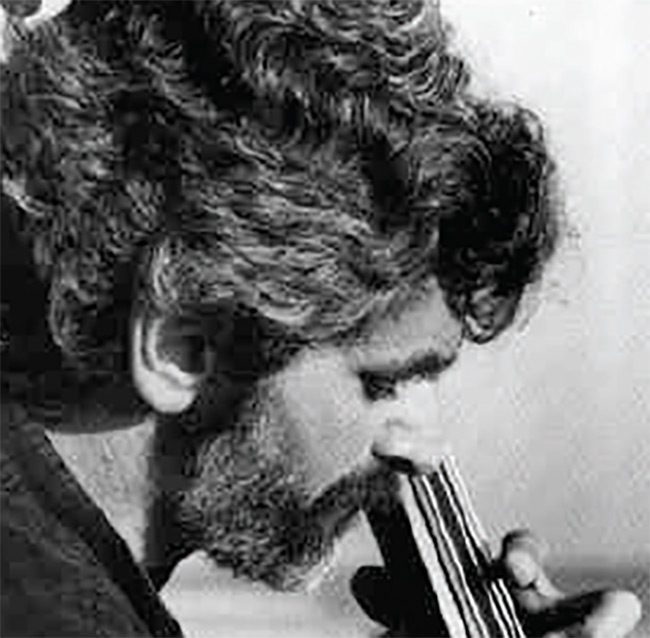 Richard is one of the busiest bass players in the Los Angeles area. Born in Kansas City, he moved to L.A. in 1977. He performs at festivals, concerts, and nightclubs. He has recorded with Rosemary Clooney, Plas Johnson, Buddy Collette, Al Viola, Gerald Wiggins, and others. In 1995, he founded the UFO-BASS recording label to document the music of often-overlooked West Coast musicians. 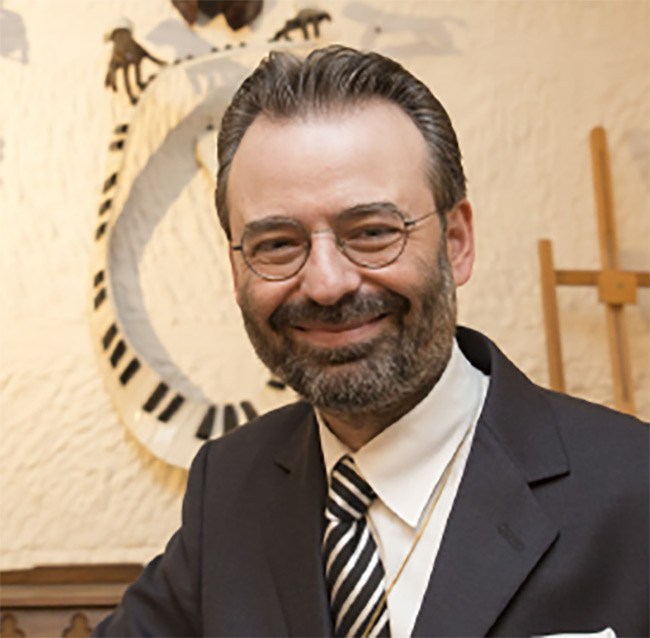 A widely acclaimed talent, Rossano graduated from the Italian Conservatory and began his musical career at the age of 18. He was born in 1974 and lives in New York. In 2002 and 2003, he played at the Ascona Festival in Switzerland with Dan Barrett's International Swing Party band. He has been a pupil of Barry Harris, and his piano hero is the late Ralph Sutton. Rossano has performed at New York's Town Hall and Lincoln Center and at the United Nations. He has played with a host of jazz notables, including Harry Allen, Scott Hamilton, Becky Kilgore, Warren Vach, Howard Alden and Joe Wilder. He has recorded solo piano albums for the Blue Swing and Arbors labels. 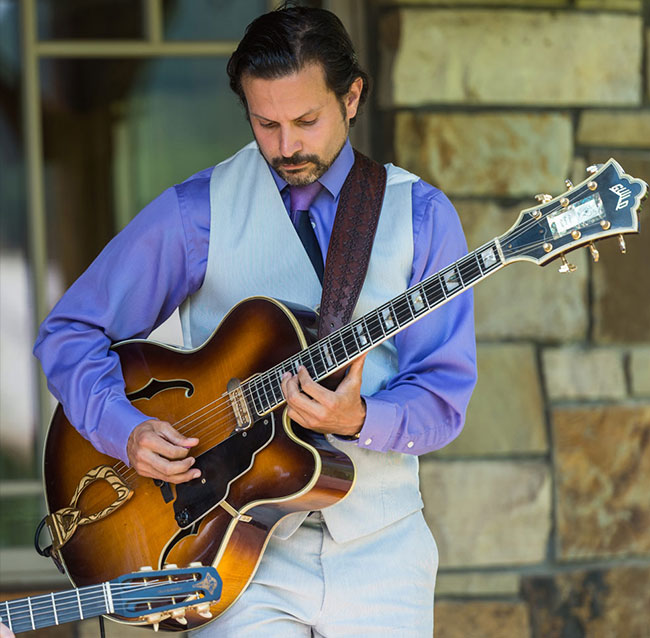 Virtuoso guitarist Vinny Raniolo has built a widespread global fan base, thanks to his engaging approach to early jazz, his regular appearances on PBS specials, and his collaborations with six-string giants including Bucky Pizzarelli, Frank Vignola and Tommy Emmanuel. The Nassau County guitarist got interested in jazz at age 16 after a teacher introduced him to to records by masters of jazz guitar such as Joe Pass, John Pizzarelli, Bucky Pizzarelli, Herb Ellis and others. Vinny fell in love with the music immediately and realized, "That's what I want to do." He began gigging as a teen, and his career really took off when he paired up with fellow guitarist Frank Vignola at age 22.

GET YOUR TICKETS TODAY!

Reserve your tickets now to secure the best seats!

Seating Based on Date of Reservation

CLICKING “BOOK NOW” WILL ALLOW YOU TO ORDER BY EMAIL.
YOU CAN ALSO ORDER BY PHONE

FOR 2021 PARTY, INDIVIDUAL DAY TICKETS ACCEPTED ONLY AFTER JANUARY 1, 2021 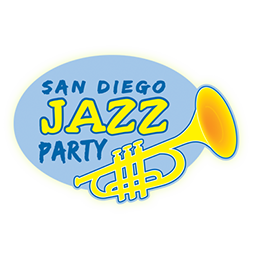